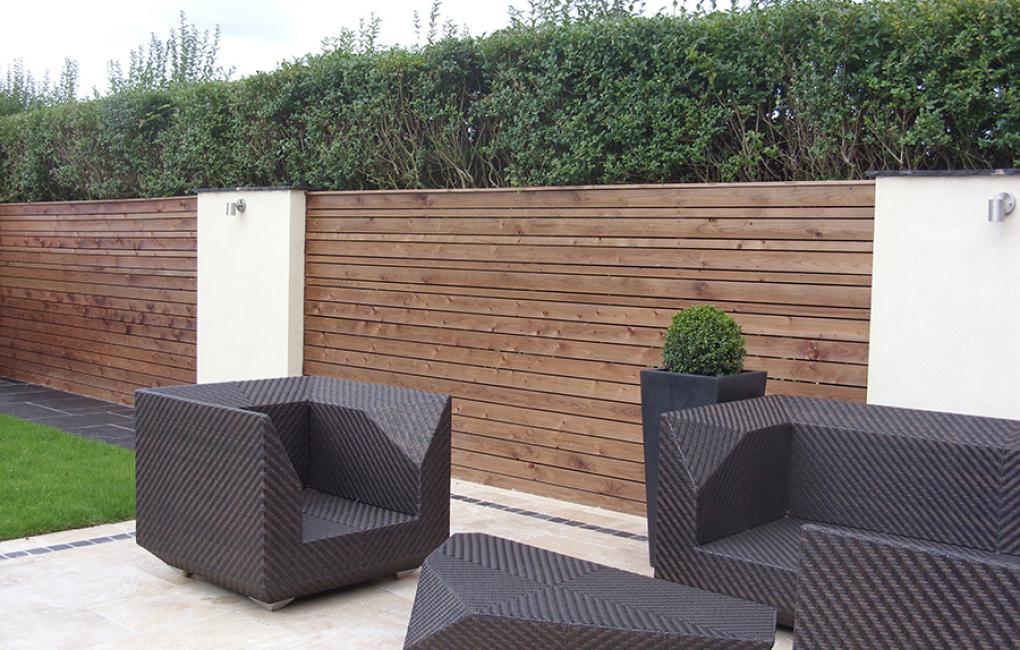 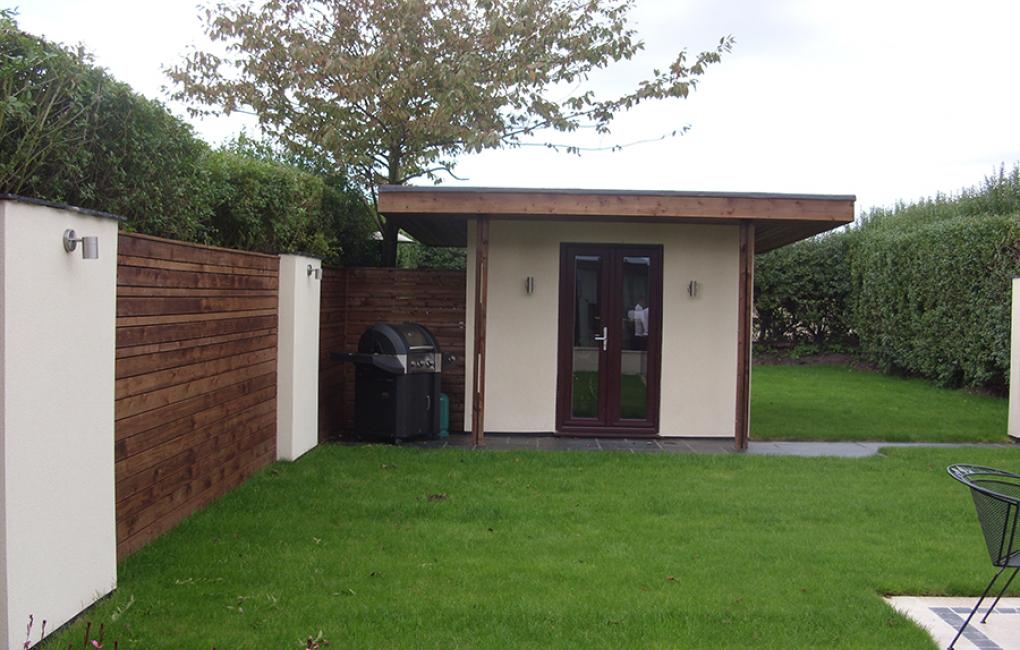 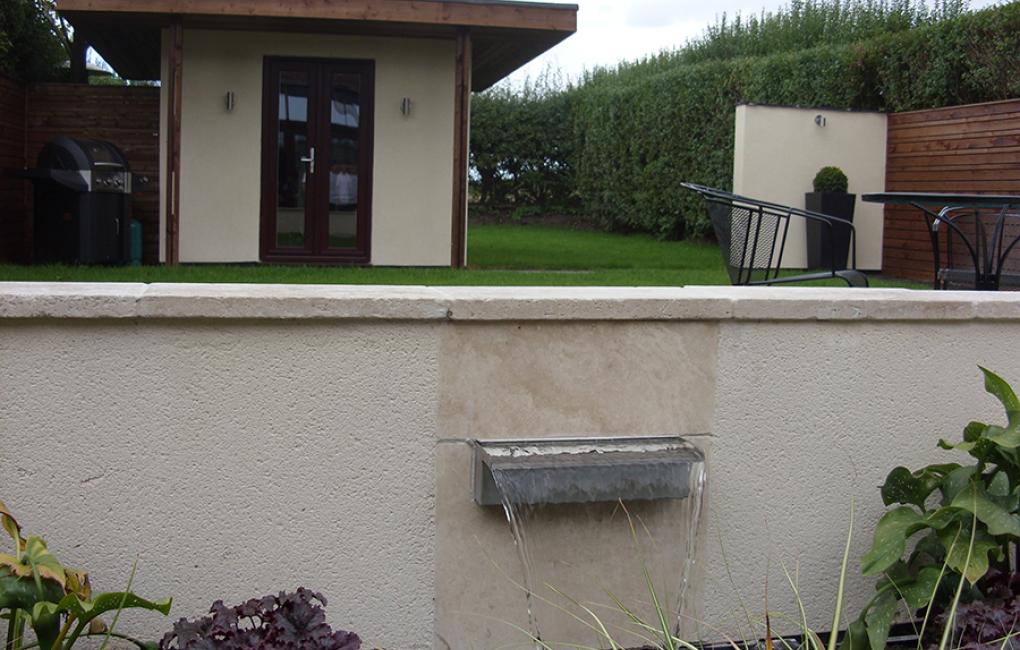 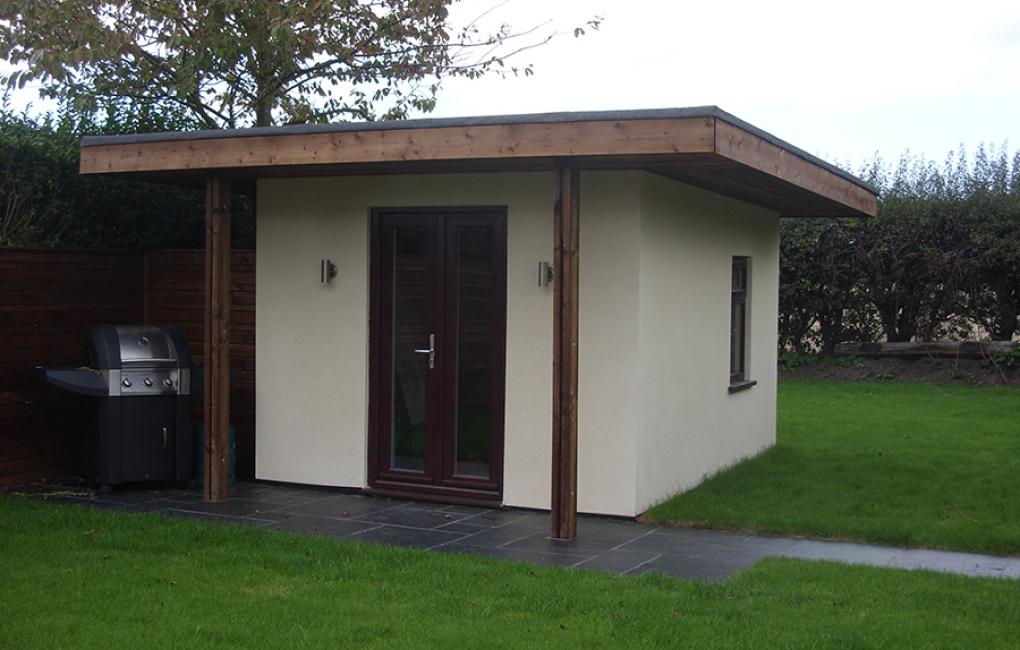 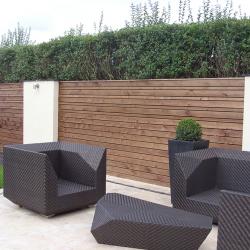 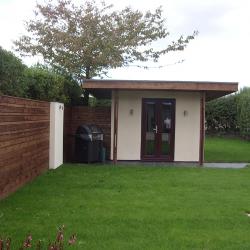 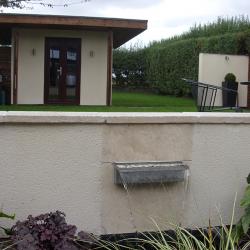 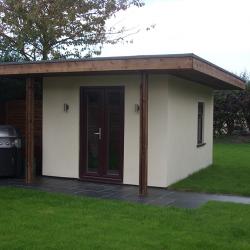 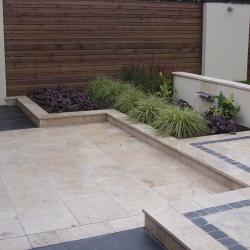 My clients had seen previous work of ours and wanted their project to contain elements of all of the properties they'd seen in other work this year with the addition of a shed to store tools. Me being me, I couldn't give them just a shed, so we did them an outside building with a modern look that could be anything they wanted it to become. It became a focal point - not something they would want to screen away.

The boundary was made from timber cladding, but we had to make pillars and render them with a self coloured render that didn't need painting. Modern lighting was fixed to the pillars to light the garden at night.

A water feature near the patio area is a good focal point from inside the conservatory and from the patio. The feature was constructed with travertine (as they had seen us use this before), with black limestone used for the rest of the paving, helping to keep the cost down.

Finally, a new lawn was laid to level the site, which had previously looked like a field with a hedge around it.