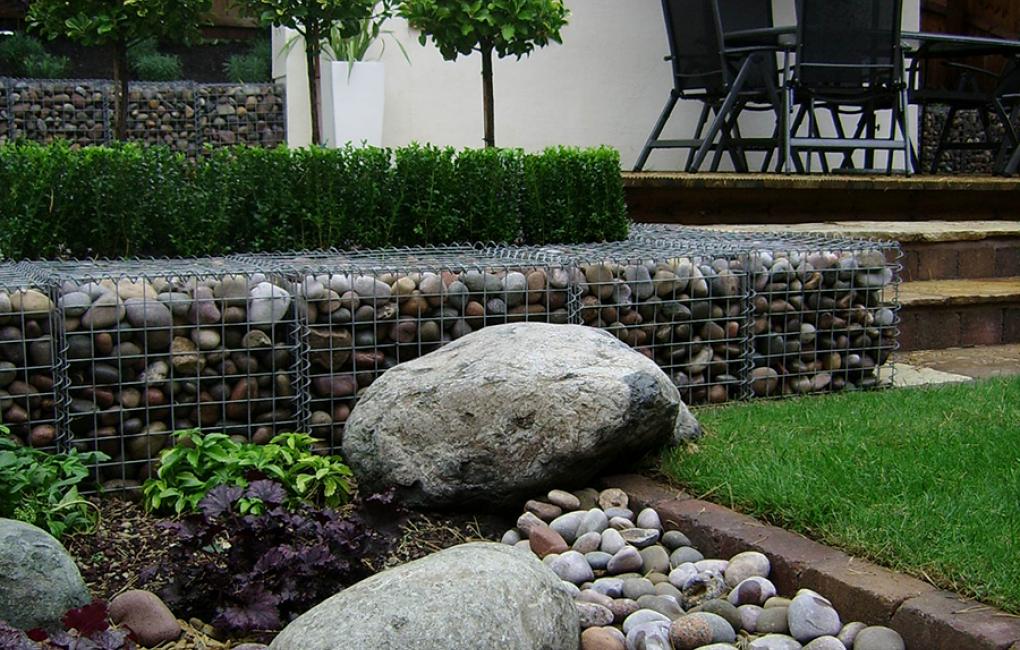 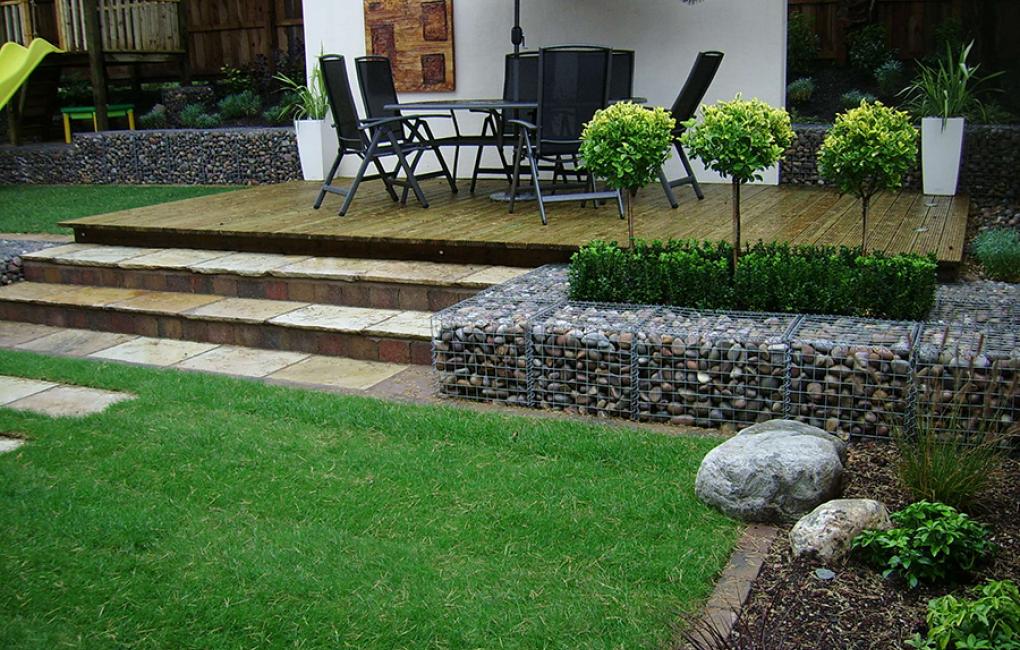 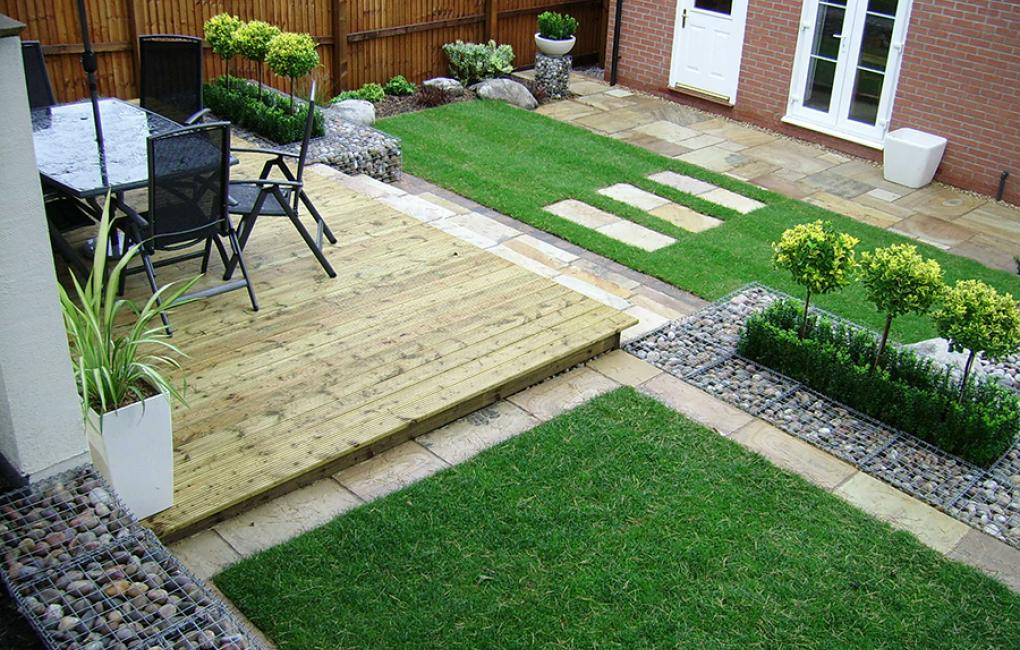 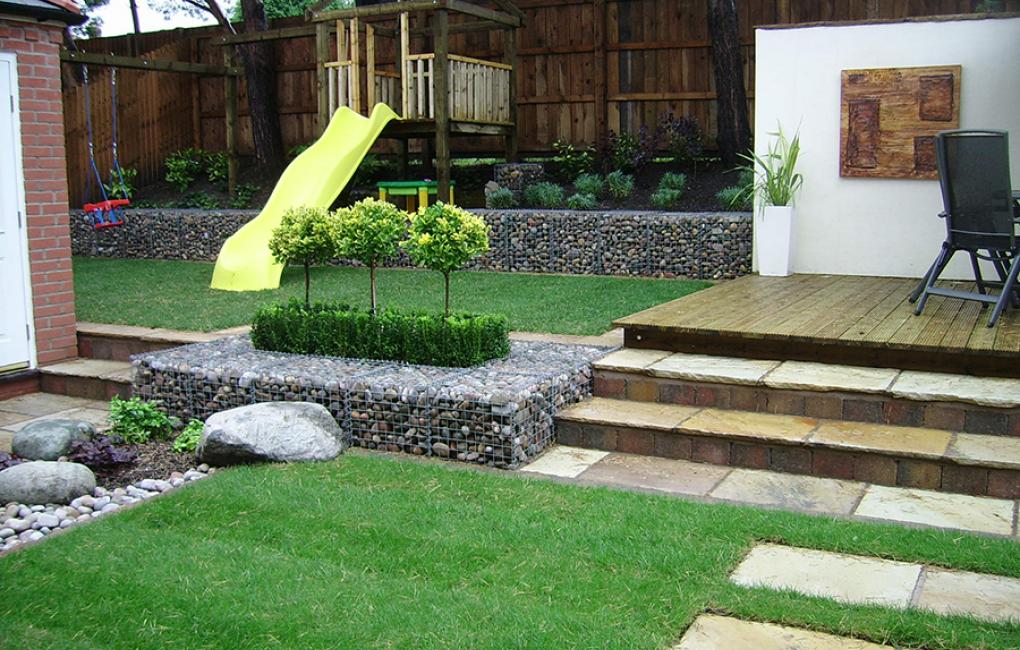 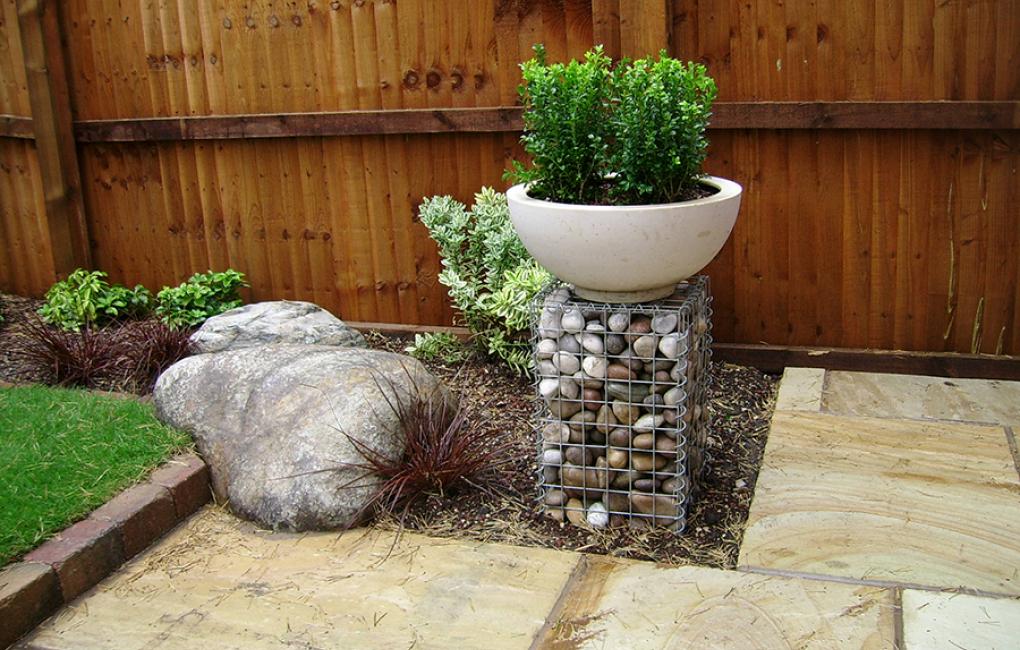 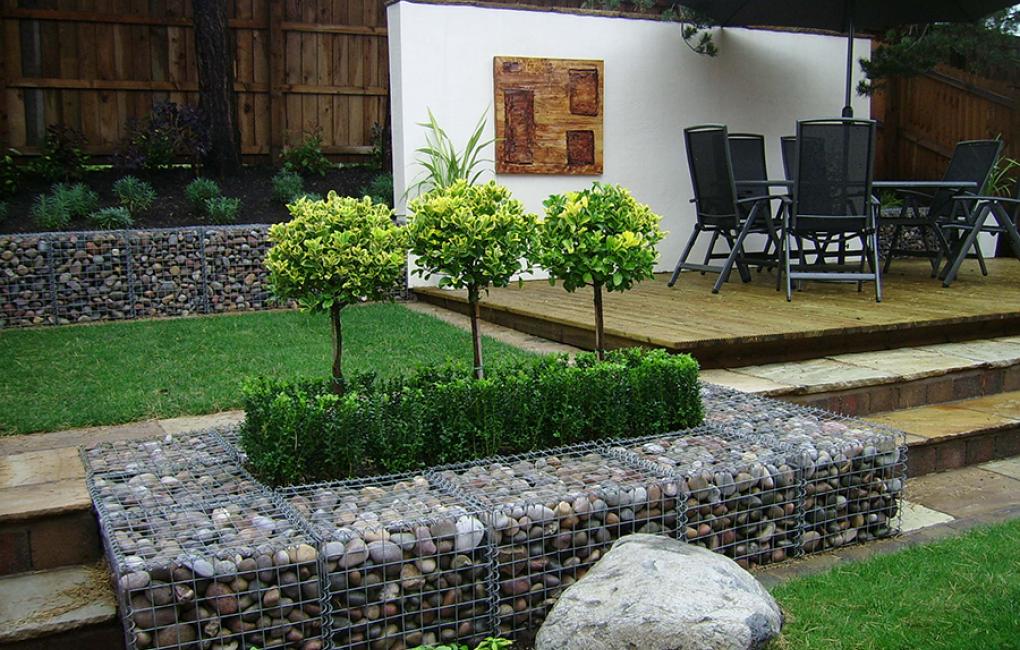 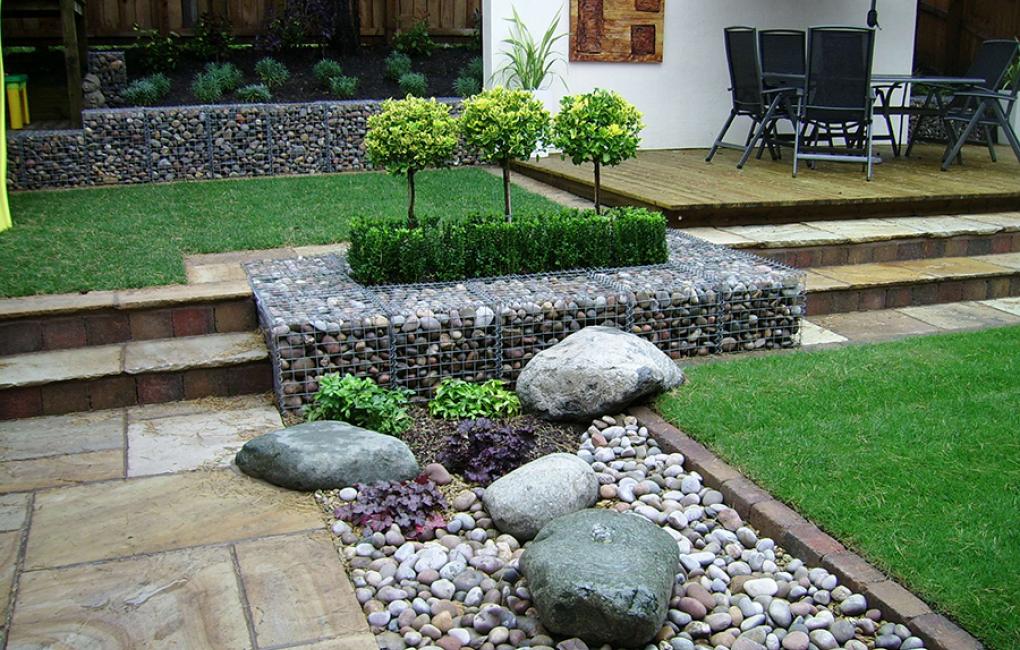 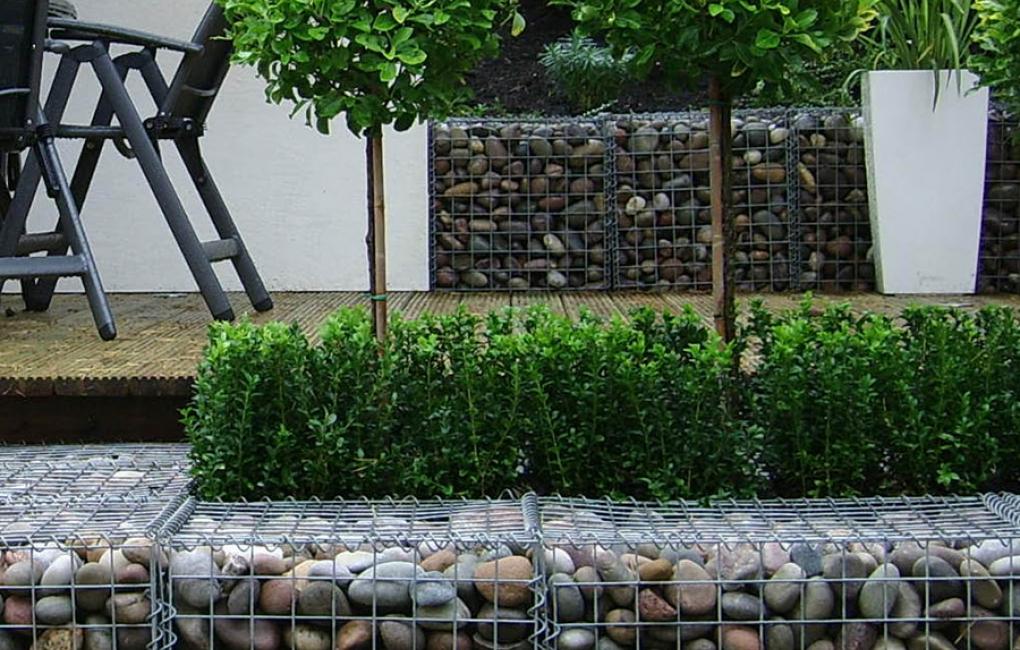 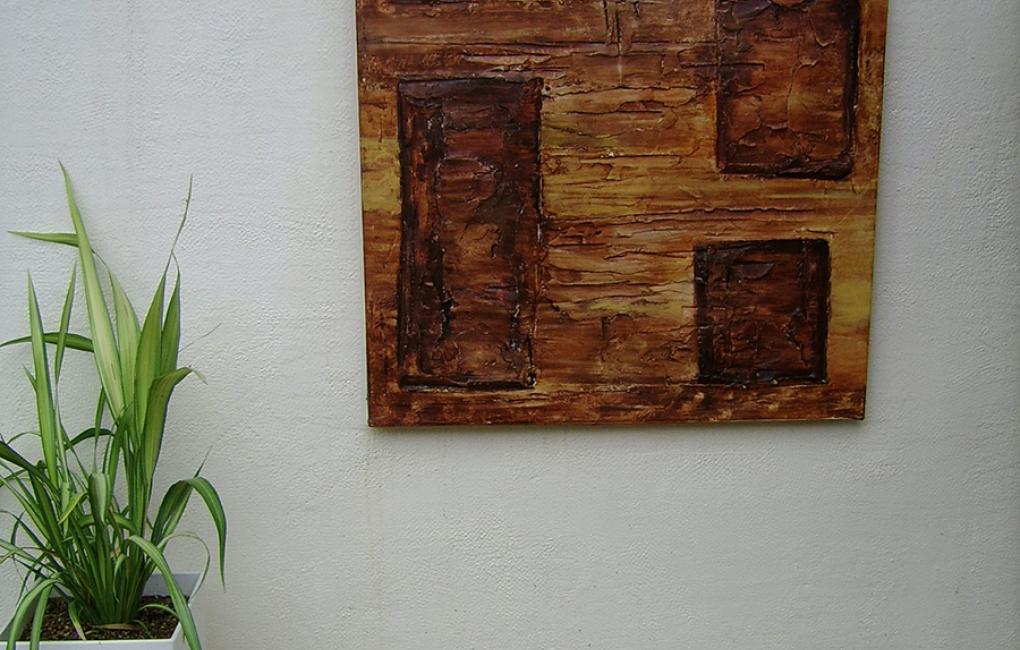 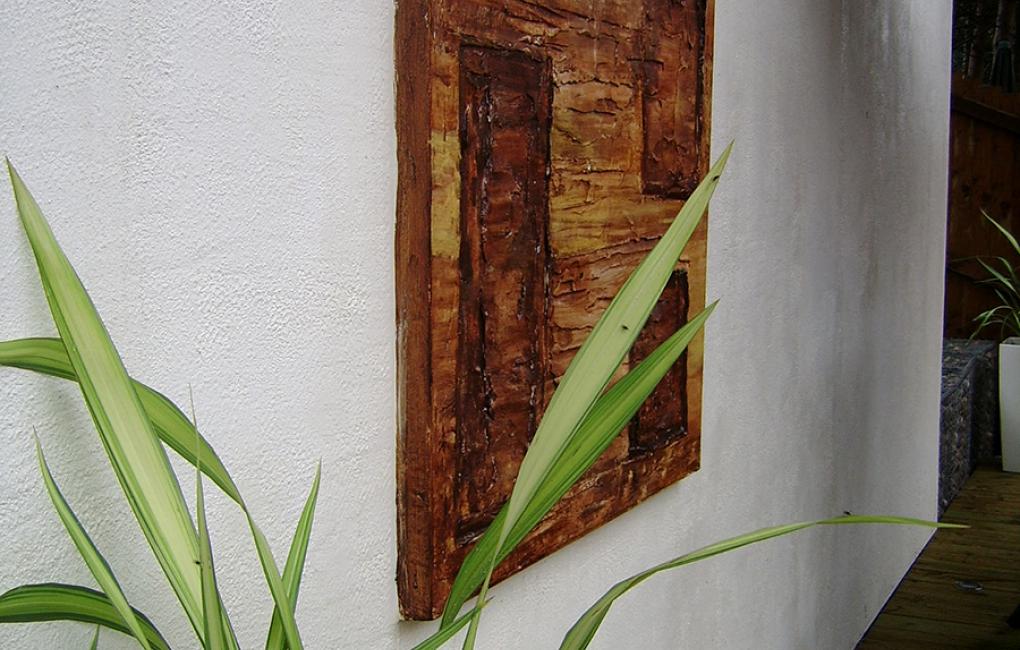 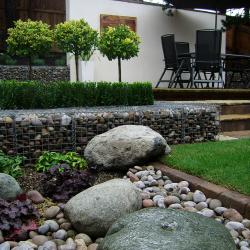 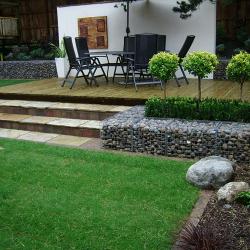 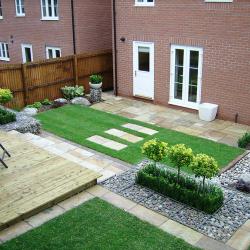 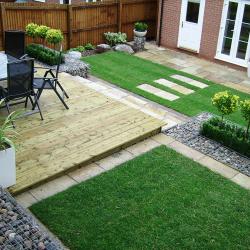 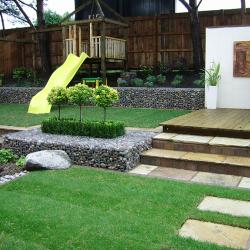 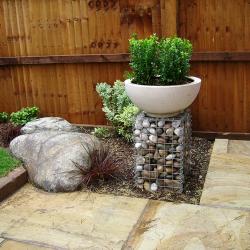 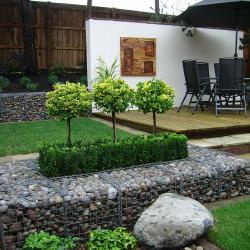 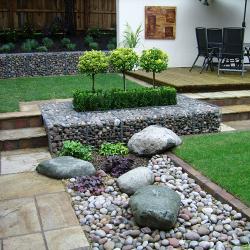 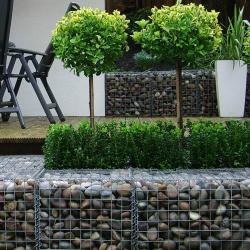 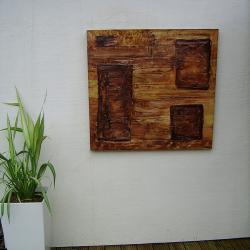 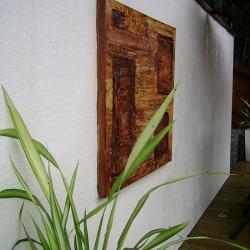 This was a smallish garden with a rather imposing fence along the back. There were two younger children to consider; the garden needed to be somewhere the adults could enjoy and the children could play.

My solution for the imposing fence was to build a rendered wall with some artwork; to make a bold statement and to act as a distraction and take the eyes from the play equipment. A decked out area for the adults to entertain, close to the children's play area to enable supervision as well as relaxing, was part of the request. This led down to the lower level of grass and Indian stone paving, giving access back around the house.

Gabions, filled with glacial pebbles, created the walls, within a modern look and doubled as another feature for the children to climb on. The Bubbling Boulder doubles as a water feature and stepping stones for the children to play on, as well as creating a soothing sound to enjoy while relaxing in the garden when the children have gone to bed.

A quick additional feature was the construction of a simple children's play area, built into the gabions. This put a smile on the children's faces at the end of the build. Although gabions are not everyone's 'cup of tea', they do allow a sloped garden to have drainage, as an advantage against solid walls, which require the addition of drainage to the garden, which would incur additional costs.