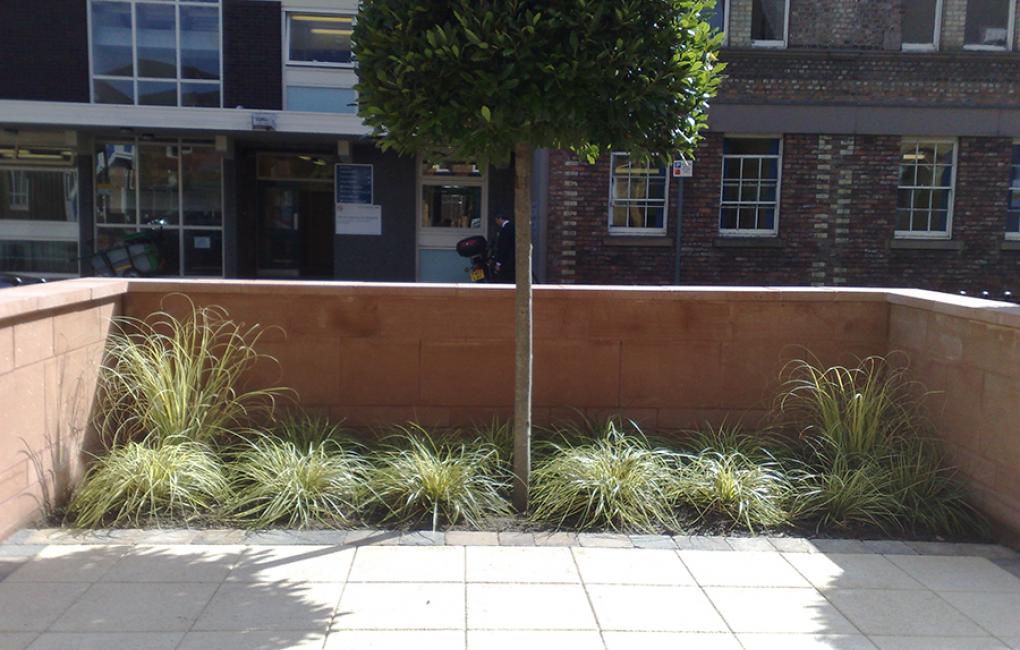 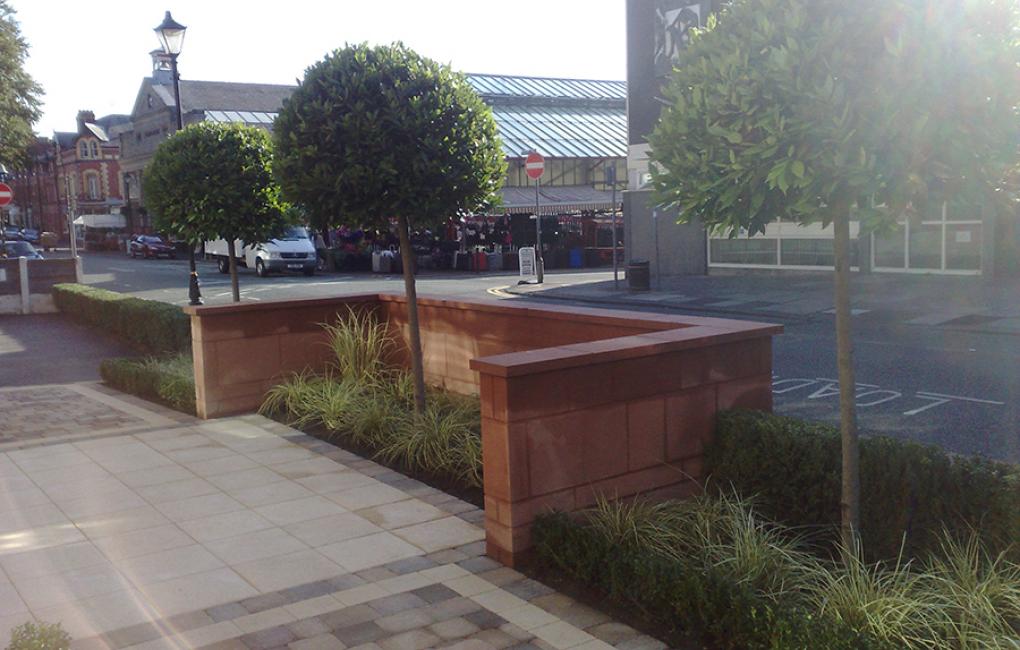 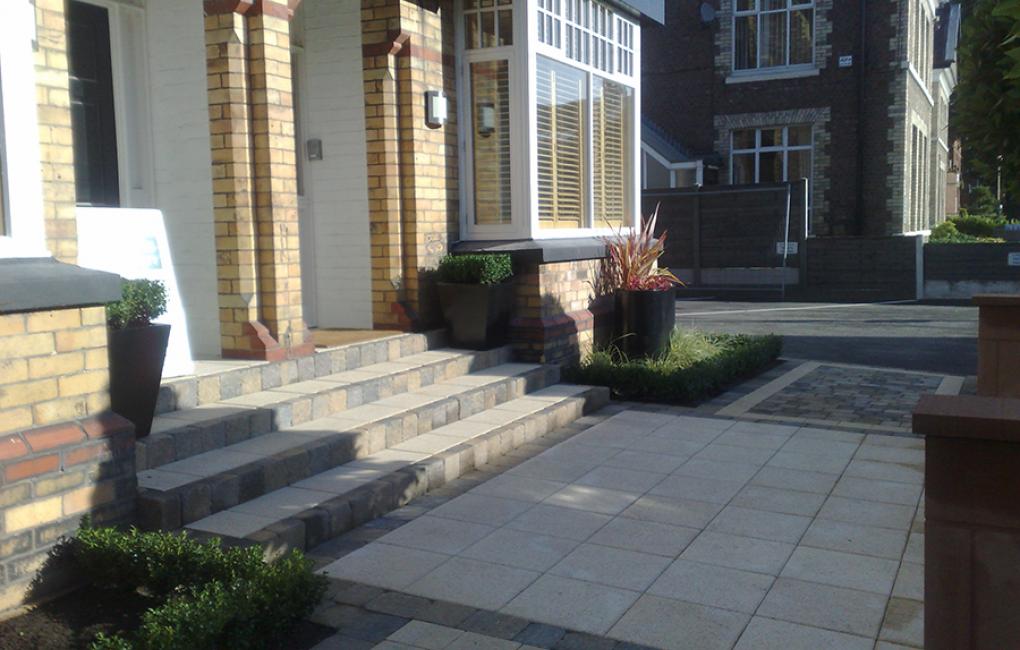 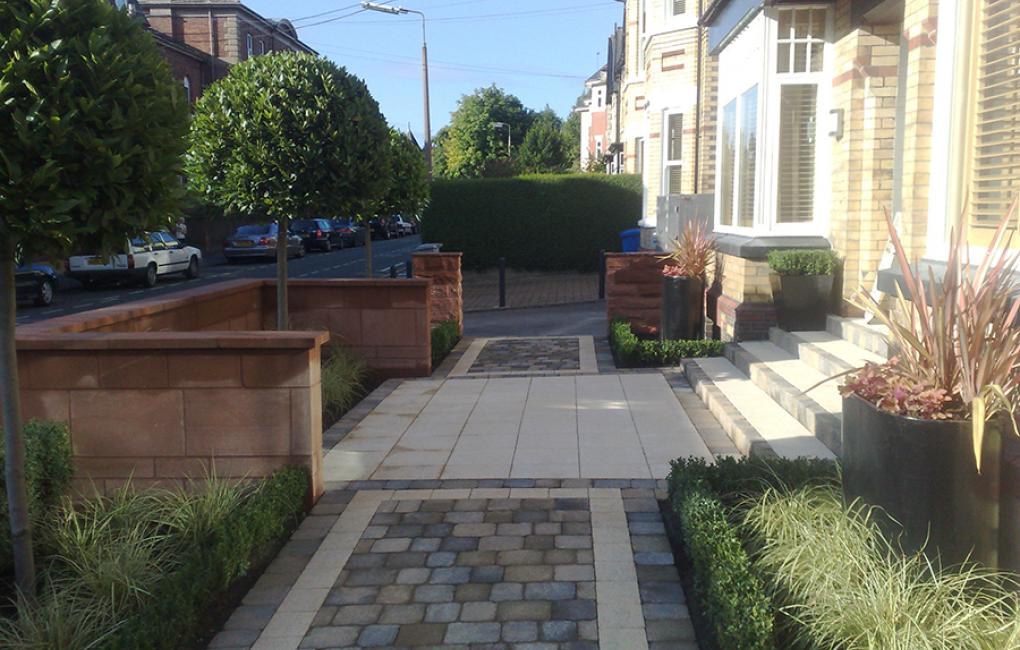 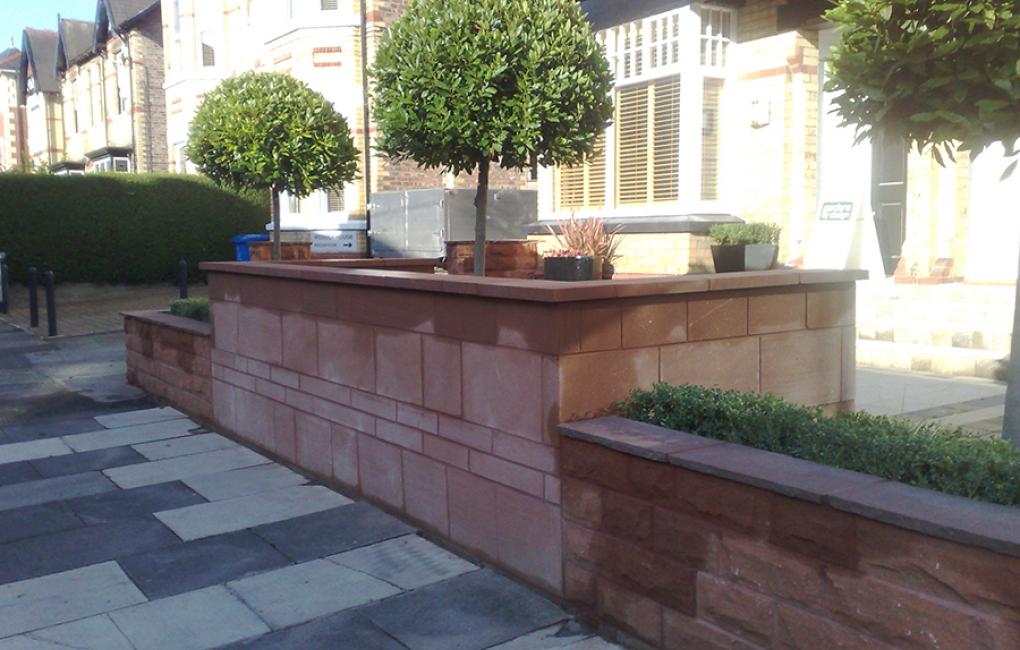 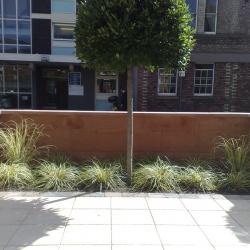 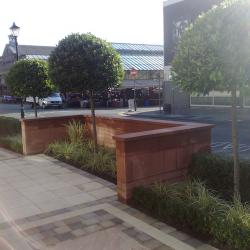 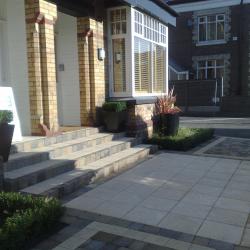 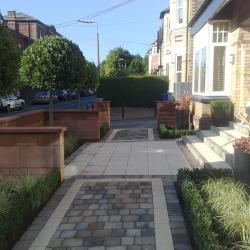 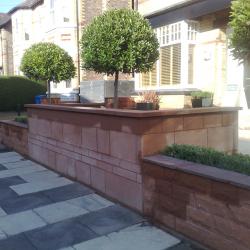 This old house in the centre of Altrincham was converted into offices.

We were called in to change the front (which was just tarmac) into a frontage that had kerb appeal but not too much of a commercial look to it.

Various planning restrictions meant that we had to use red sandstone for the wall. We used two different kinds, a smooth sawn sandstone which gives a sharp modern look, and a rougher pitch-faced stone block, which was more in keeping with other town centre developments.

A buff paving was used to cover the floor along with tobermore tegula cobbles, picking up on the buff colour of the building. Box hedging with three large bay trees was planted along with two black containers to sit either side of the main entrance.

Wrought iron railings were added to the wall and handrail, up to the entrance door to complete the project.